35 Year of Twinning celebrated in Vienenburg 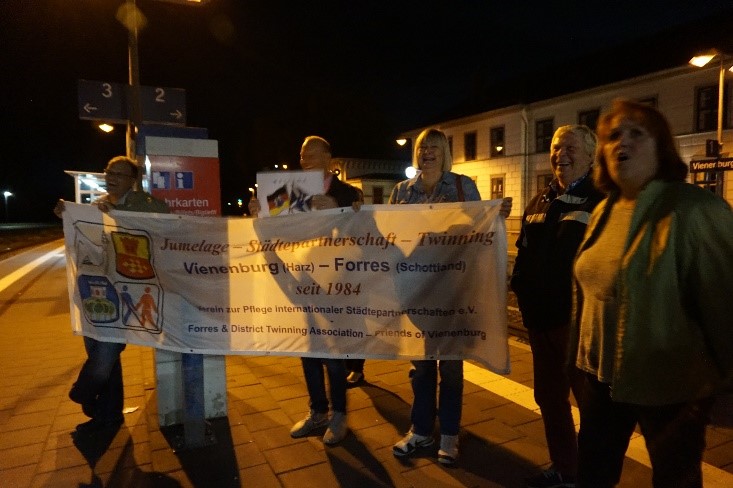 Eighteen members of the association recently returned from Vienenburg where they celebrated 35 years of twinning. They had a great time – as usual. Most travelled on KLM’s early afternoon flight from Inverness Airport – a most welcome change from recent stress-filled journeys to Aberdeen Airport for a morning flight. Having said that, a few had to take the really early flight from Inverness and one couple did fly from Aberdeen but only after a good night’s sleep in the Granite City. In all cases members travelled to Hanover Airport via Amsterdam.

Having travelled from Hanover to Vienenburg by train using an incredibly cheap group ticket, the main party was warmly welcomed at the station by a large number of German hosts who insisted on plying us with food and champagne. We put up very little resistance.

Our first full day was Friday, 13th of September. There was absolutely nothing unlucky about this day. After an off-the-beaten track tour round Goslar’s historic walls and a reception hosted by the Lord Mayor of Goslar, we enjoyed some free time

before heading for the Maltermeister Turm (also in Goslar) where, after a few formal speeches in celebration of our anniversary, we tucked into a splendid meal. Although we had been told that this was not the occasion upon which our musical contribution was to be performed, the pressure became so great that a spontaneous round of singing took place which was much appreciated.